The Perfect Blend of Tensioned Structure and Lighting Art 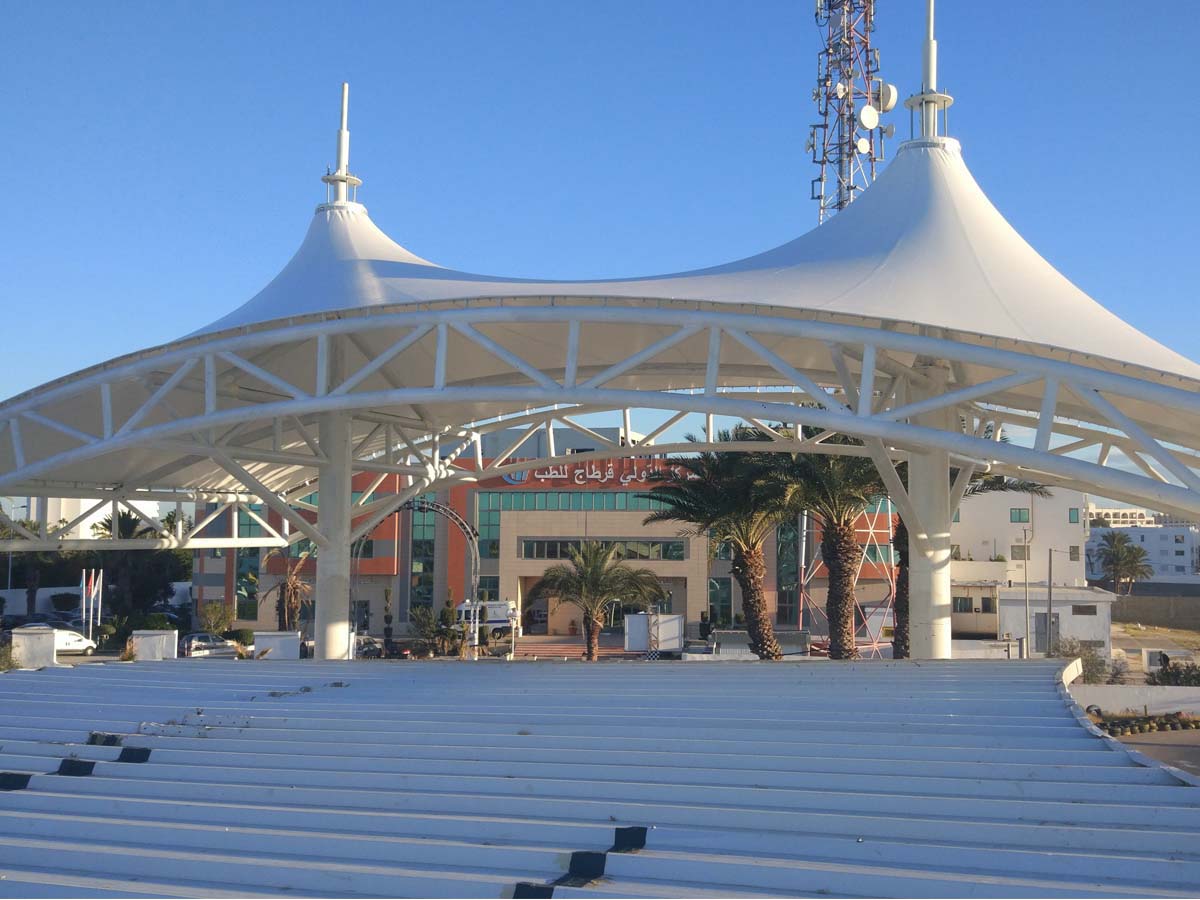 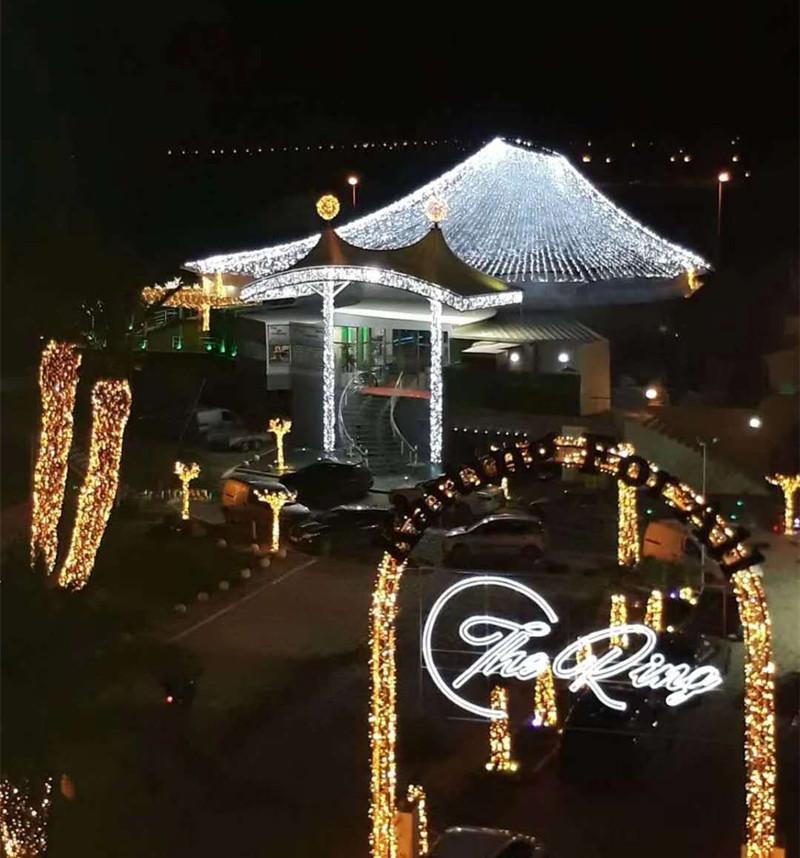 Recently, we received customer feedback on the photos after installing the lights. The perfect combination of tensioned structure and lighting art has become a landmark in Tunisia. The Tuning Karting For All tensioned Structure Project is one of the projects of Guangzhou BDiR Inc. on the African continent. In 2018, Guangzhou BDiR Inc. completed the North Sudan National Stadium Stand Film Structure Project, the Egyptian Hotel Landscape Film Project, and the Nigerian Landscape in Africa. tensioned projects, etc. 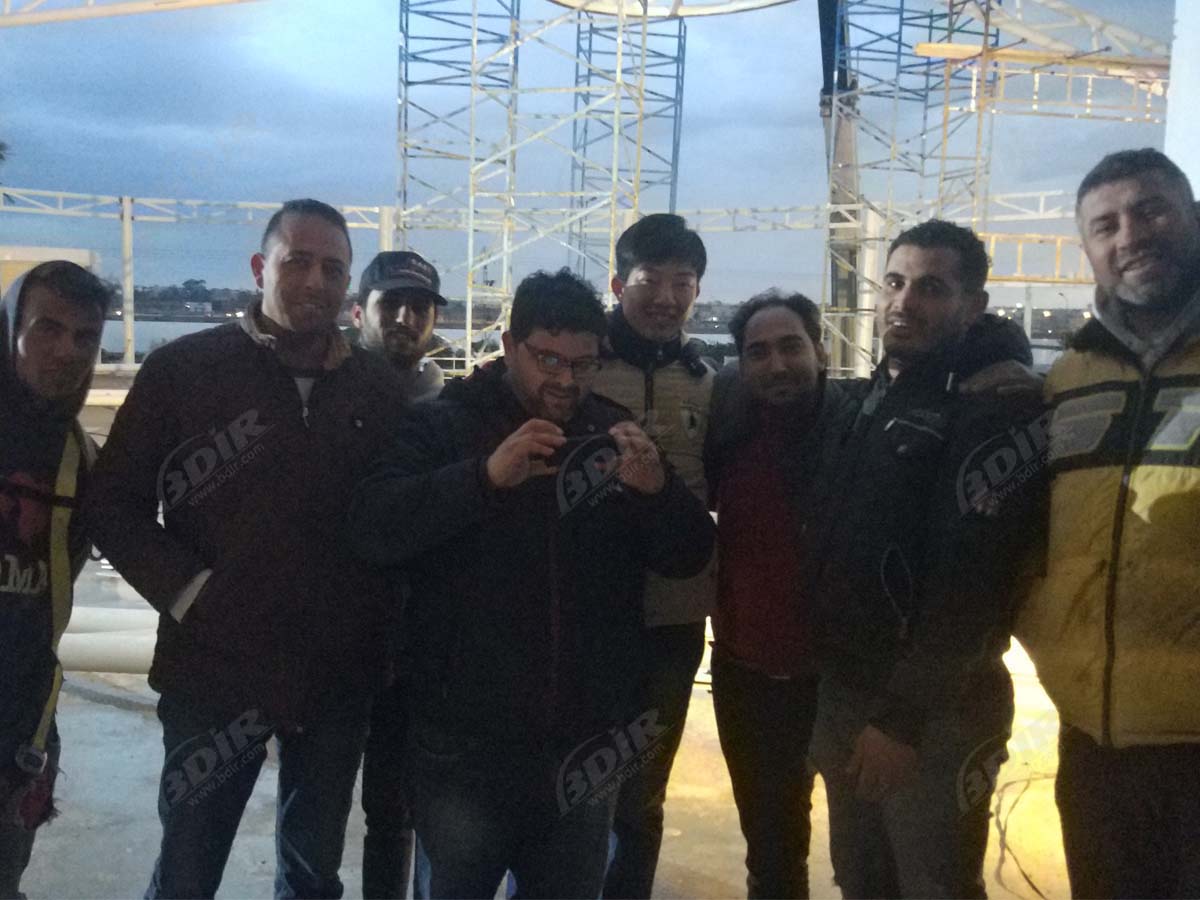 The tensioned structure uses a tensioned material instead of a traditional building material, and its weight is only one-thirtieth of that of a traditional building. Moreover, the tensioned structure can fundamentally overcome the difficulties encountered by conventional structures when implemented on large-span (unsupported) buildings, creating a huge unobstructed visual space. Its shape is free, light, flame-retardant, easy to manufacture, quick to install, energy-saving, easy to construct, safe to use, etc., making it widely used all over the world. It is also worth mentioning that under the illumination of the sun, the interior of the building covered by the tensioned is filled with natural diffused light, and there is no distinction between the contrasting surface and the shadow. The indoor visual environment is open and harmonious. At night, the lights in the building illuminate the night sky through the film of the roof, and the shape of the building shows a dreamlike effect. This type of structure is particularly suitable for large stadiums, entrance corridors, essays, public recreation and entertainment plazas, exhibition venues, shopping centers and other fields.

Previous: What are the Characteristics of a Semi-Spherical Dome Tent?