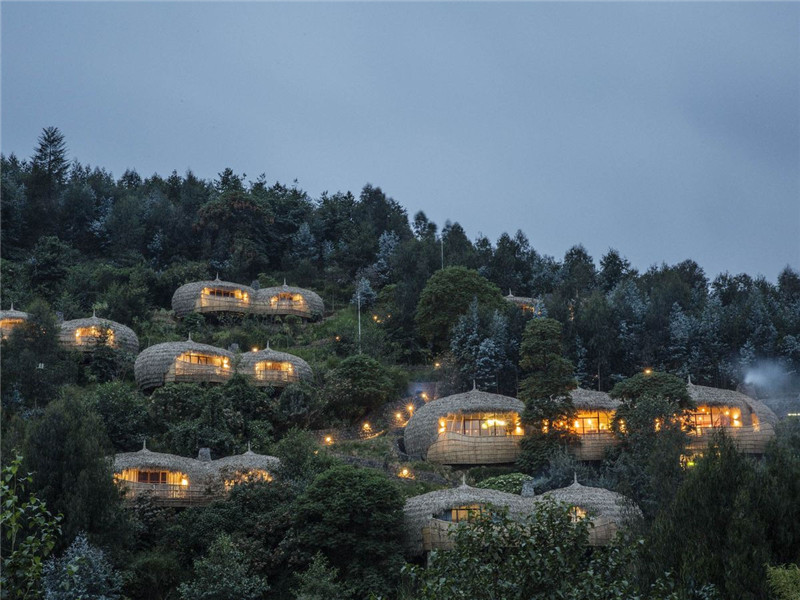 Rwanda, the full name of the Republic of Rwanda, is a sovereign country in central and eastern Africa. It borders the Democratic Republic of the Congo (DRC) to the west, Tanzania to the east, Uganda to the north, and Burundi to the south.

Rwanda is a landlocked country in East Africa. It has the reputation of a "country of thousands of mountains". Rwanda is the safest country in Africa, with beautiful scenery and friendly cultural environment. Rwanda is one of the most eye-catching countries in the world, with extraordinary diversity of biological species, amazing wildlife spread throughout Rwanda's volcanoes, mountain rainforests and vast plains.

One third of Rwanda's territory in prehistoric times belonged to mountain ecology. Naturally occurring plants have been largely confined to the country's three national parks, and the rest of the country is dominated by terraced agriculture. The Newgway Forest is the largest forest in existence, with 200 species of trees and orchids and begonias. The plants in Rwanda Volcanic National Park are dominated by bamboo, and most of the rest are moorlands and small areas of trees. Akaghera National Park is a savanna ecosystem, with acacia the most among all plants.

Rwanda National Park also has some rare or endangered plant species, such as cattail trees and Guinea celosia. There are also the largest large mammal species found in the three national parks, and the parks are all designated protected areas. Akaghera National Park has typical savanna animals including giraffes and elephants, while Volcano National Park is home to about one-third of mountain gorillas in the world. Nugway Forest Park has 13 species of primates including chimpanzees and arboreal colobus monkeys. Among them, arboreal colobus monkeys in Ruwenzori will have up to 400 group activities, more than the other in Africa. Any primate.

There are 670 bird species living in Rwanda, and the species vary from east to west. There are 280 species found in the west of the Newgway Forest, including 26 species including Ruvenzori's Turaco and Amaranth, which are endemic to the Albertin Rift Valley. Eastern Rwanda is home to savanna birds such as aconite and black shrike, as well as species used to live in swamps and lakes, such as storks and cranes.

As a new thing, tent hotel must have its survivability in the tourism industry. Compared with traditional resorts or chalet rooms, its advantages are mainly reflected in three aspects: no geographical restrictions, environmental protection, and functional flexibility:

No geographical restrictions-Integrated tent rooms have very low requirements for building planes. Almost all environments can be constructed, and only hillsides, jungles, shallow seas, rivers and lakes can be constructed. Its construction and installation materials and assembly methods have little damage to the surrounding environment, and are particularly suitable for ecologically fragile areas. Since the facility is a temporary building, it does not require approval of construction land indicators, and the cost of construction is low.

Environmental protection -The construction period of integrated tent guest rooms can be shortened by more than half compared with conventional buildings. All construction components can be produced in factories and standardized to a high degree. Construction waste is minimal, and pollution to the environment can be controlled to a minimum. Even the service center of a hotel / camp can be changed by the combination and function of tent rooms. Because of the high degree of standardization of its building components, and its mobility, it can realize relocation and reconstruction, and it is more flexible to adjust the format of the scenic spot.

Next: Tension Membrane Structure in Transportation Facilities in Canada