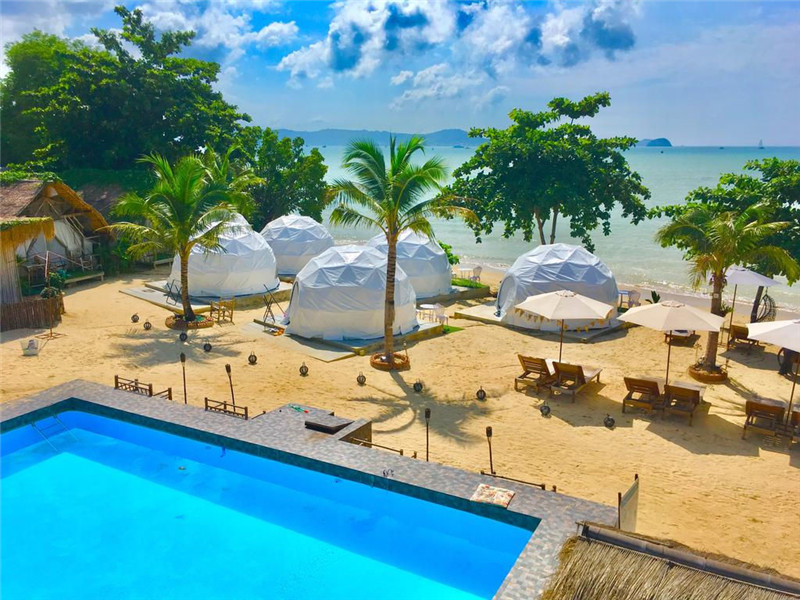 The Red Sea is located between Northeast Africa and the Arabian Peninsula. It is connected to the Mediterranean Sea by the Suez Canal in the northwest and the Gulf of Aden through the Strait of Mande in the south. The Red Sea is the intercontinental sea of the Indian Ocean and is actually the northern extension of the Great Rift Valley in East Africa. The Red Sea is narrow and long, about 2250 kilometers long, 355 kilometers wide, 490 meters deep, 2211 meters deep, and an area of 438,000 square kilometers. The Red Sea was first discovered by the Egyptians. Most of the time, it is not red. The name may be derived from "the sea of the Red Land" (the ancient Egypt called the desert the Red Land).

The Red Sea was formed 40 million years ago. Because the three sides are deserts, dry and rainless, and no major rivers enter the sea, the water quality of the Red Sea is surprisingly pure and transparent. Generally near the coast, the sun can directly reach the bottom of the water. It's really intoxicating ... The colors of the Red Sea water are dark blue, azure blue, turquoise, emerald green, and dark purple. The layers change with the sky and the sea.

In the eyes of many people, Egypt's main attraction is thousands of years of ancient civilization and temple pyramids, but in the past decade, more tourists have come to Egypt's wonderful marine resources and wonders. The entire Egypt has more than 800 kilometers of Red Sea coastline, and the Red Sea is one of the largest ecosystems in the world. Not only does it have the most beautiful reef and coral reef regions in the world, but it also has extremely rich marine species resources. There are more than 1,000 kinds, which is simply a paradise for watching underwater creatures.

The coastline of Egypt is about 850 kilometers long. The Red Sea is located to the east of Egypt. There are many summer resorts along the long coastline. The main tourist areas along the Red Sea are: Sharm el-Sheikh, Helgra, Aris, Cape Mohammed, Zahab, Nuweiba, etc. These areas are glittering beaches, beautiful coral seas, rich marine life and First-class restaurants and other world-renowned, this is one of the world's most diving-friendly seas, and a paradise for water sportsmen. In addition, the characteristic port of the Red Sea is Safaga. It has high salt water and black mud beaches, which can treat rheumatism and skin diseases. It is one of the best resorts in the world for health vacations. Chief among them is Hurgada, the capital of the Red Sea and the largest summer resort on the east side of Egypt. Hurghada is a luxury resort by the sea. There are more than 250 resorts and hotels from Samsung to five-star, with beaches, swimming pools and various marine entertainment facilities. It is the most beautiful tourist resort in the Middle East.

Next: The Color of the Tension Membrane Structure Carport