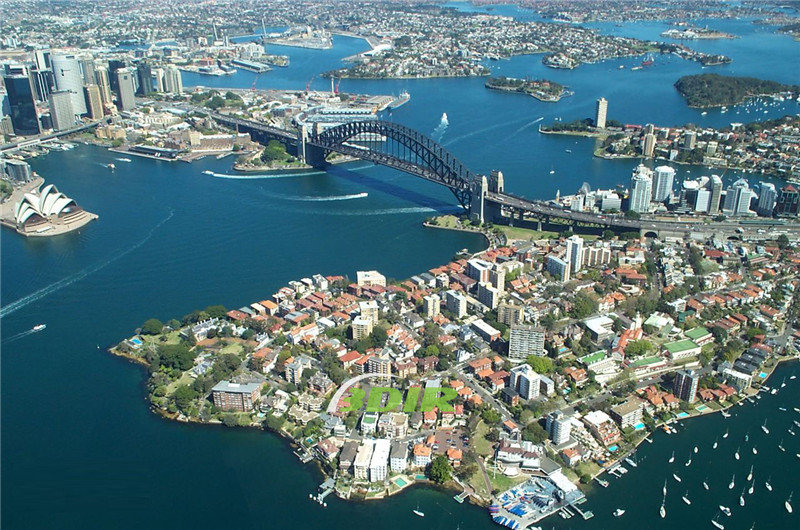 Between 2012 and 2013, Sydney's regional GDP reached $33.7 billion, which is known as the “New York” in the Southern Hemisphere. Sydney has been named one of the most liveable cities in the world by UN-HABITAT for many years and was ranked seventh in the world's first-tier cities in 2018 by GaWC.

Sydney has a highly developed financial, manufacturing and tourism industry. Among them, the headquarters of the world's top multinational companies and domestic and foreign financial institutions are rooted in Sydney. At the same time, Sydney is also home to the Australian Stock Exchange, the Reserve Bank of Australia and the US 20th Century Fox Studios. Sydney is also the host city for a number of important international sporting events, including the 1938 Commonwealth Games, the 2000 Sydney Olympics and the 2003 World Cup football game.

The membrane structure is widely used in waiting halls, bus stations, parking sheds, and toll booths. It is a combination of a high-strength flexible film material and a support system to form a stable curved surface with a certain rigidity and a spatial structure that can withstand a certain external load.

So what are the advantages of the membrane structure?

1. Variety of shapes and colors

As a kind of flexible material, its modeling on the building is very varied, which is unmatched by other materials. Therefore, it also creates the variable characteristics of the membrane structure, fully reflecting the shape shaping force of the building and the light and elegant dynamic curve appearance.
The multi-series color of the material further enriches the overall shape of the building. The color of the material also has good color fastness and durability, which makes the membrane structure completely free from a dull repetition of monotones, making the building and transportation facilities more colorful. .


2. The lightness of the structure

The translucency of the film creates a distinct effect with the opaque effect of the concrete or steel roof, which dims the active area and creates an uncomfortable contrast between light and dark areas. The translucency of the film gives the vision great comfort, and its light transmittance ranges from 10% to 21%, which improves the free daylighting and saves daytime light energy. The light passing through the film is perfectly scattered, reproducing the true color of the space underneath. The high reflectivity of the film (about 75%) avoids a large amount of heat radiation and reduces heat transfer, and its shading coefficient is about 0.12.

The film material is a material obtained by weaving a fiber into a fabric substrate and processing and fixing the resin on both sides of the substrate. The center fabric substrate is divided into polyester fiber and glass fiber, and the coating material is used. The resin is polyvinyl chloride resin (PVC), polytetrafluoroethylene resin (PTFE), difluorinated resin (PVDF), and the like.
It has been confirmed by the German ENKA experiment that the thickness of the fabric coating is directly related to the life of the fabric. After reaching a certain coating thickness, the residual strength of the fabric does not change within twenty years.

It is the semi-transparent nature of the membrane that makes the membrane structure a beautiful landscape at night. Through the light control, the top of the film is transparent, which can form a colorful and unique night scene effect with traditional architecture, which has strong building recognizability and labeling. The landscape effect is not achieved by any other form of architecture. Arrived

In the process of installing the membrane structure, firstly, a large piece of membrane cloth is made in the factory and effective management is implemented, so that the on-site operation time and other expenses of the entire system are reduced, and the building is covered in time, and the interior decoration can be started as soon as possible. For large-scale construction, the membranes installed each time can range from 1000 to 1500 square meters. The entire installation process can save about 70%-80% of the construction period compared to other roofing materials, and the construction cost saved is considerable.

Previous: What is the Cutting and Joining Method of Tension Structure?

Next: What Kinds of Eco-lodges Suitable for Costa Rica Ecotourism Resorts?