The beautiful place of Guatemala is a plain, but the rainforest climate here has nourished one side of the land. In the middle of this country, there are the high highlands. On the highlands are the famous volcanoes, which can reach more than 4,000 meters. Guatemala's most famous tourist attraction is Guatemala City, where Guatemala's most inhabitants live. It is a capital city integrating tourism, dining, diplomacy and integration. Guatemala's tourism resources are very rich, such as the Atitlan Lake Scenic Area here, the ancient city of Maya, Tikal, and the ancient capital of Guatemala. Want to enjoy the beauty of beautiful Guatemala? Volcanoes are very common in Guatemala, but the most famous is Volcano Fuego, which regularly erupts every year. Whenever a volcano erupts, volcanic ash can erupt for several kilometers. It is very spectacular. The lava slides along the slope Next, gravel is also rolling, of course, there are disadvantages. Whenever this time, tens of thousands of people must be forced to leave here. The volcanic eruption lasted almost a whole day, and the scene was extremely magnificent and the scene was extremely spectacular. The National Park is a famous landscape here. It is the largest archaeological center of Tikal. It is a famous city of Mayan culture. It is a very important tourist center in Guatemala.

The scenery here is extremely unique and very amazing. If you had not seen it with your own eyes, you would never have imagined it so spectacular. The burrow is another beautiful tourist attraction here. This scenic spot was not formed for a long time and it was formed after 2010, but the scenery is also breathtaking. This huge deep hole was left after the influence of "Agatha". After a storm, a diameter of about 30 meters and a depth of about 60 meters appeared. According to locals As described, this huge deep hole has engulfed almost a building. When you come here, the people here are almost evacuated. It is very desolate, but it is worthwhile to enjoy such a spectacular scene.

The spherical starry tent is a new type of outdoor camping tent. It has a sturdy structure, complete facilities, and high comfort. The geodesic dome tent is widely used in camping parks, scenic areas or private courtyards! With its unique appearance and high cost performance, The geodome is currently widely used in various scenic camps. It is a low-cost option for investing in the construction of characteristic scenic camps and has a wide range of uses. In addition to being used as tent accommodation in scenic camps, it can also be used as a scenic spot. Dining, entertainment, and service areas in the camp.

Previous: Why is the Shade Sails Commercial so Changeable in Singapore

Next: What is the Development Prospect of Hotel Tents in the Tourism Industry? 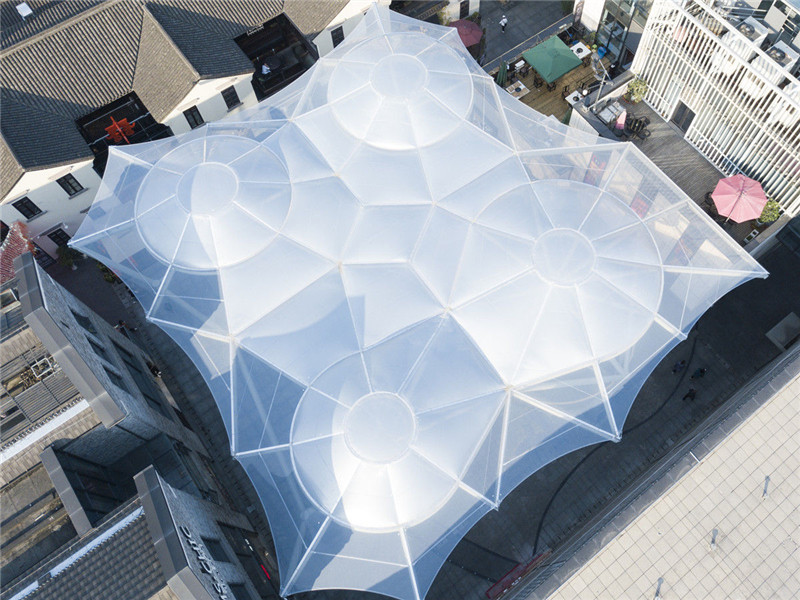 How to Clean the ETFE Textile Membrane Architecture

Although the ETFE membrane structure itself has a good cleaning function, it will eventually cause dirt accumulation due to the influence of external factors. 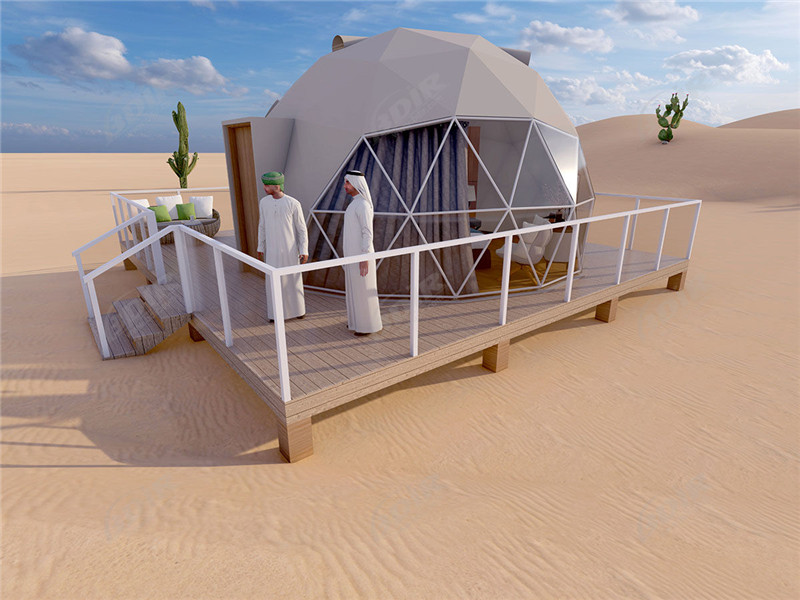 Our desert domes architecture combines with the modern style while still retaining a true desert experience. 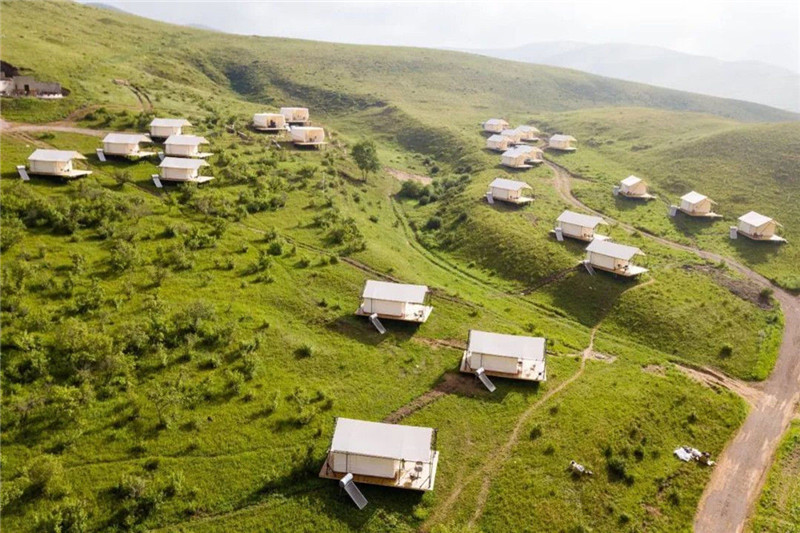 Bring a luxury camping tent and go to Yakutsk for glamping, our luxury tent will offer you a gorgeous getaway for your summer vacation.