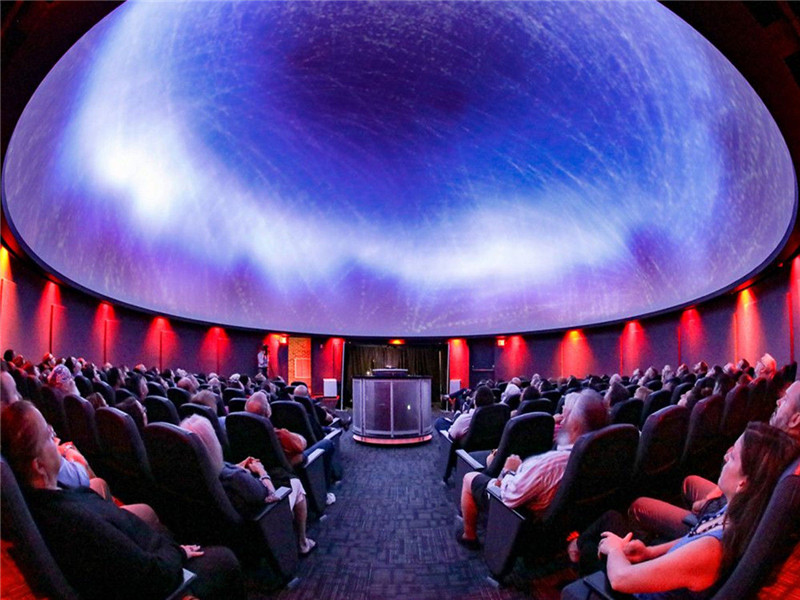 With the rise of the dome theater in the world, the dome 360 projection also has an important part in the theater application. The spherical tent as a medium of panoramic projection only needs to add a special layer of tarpaulin inside, and use the dome structure of the spherical tent to make pictures on the "tarpaulin in the spherical tent" through projection, lighting, audio , Video, movies, games and other real-time interactions can create a real-time panoramic immersive immersive art commercial space, and its art forms can be used in astronomy, entertainment, technology, museums and dome theaters. 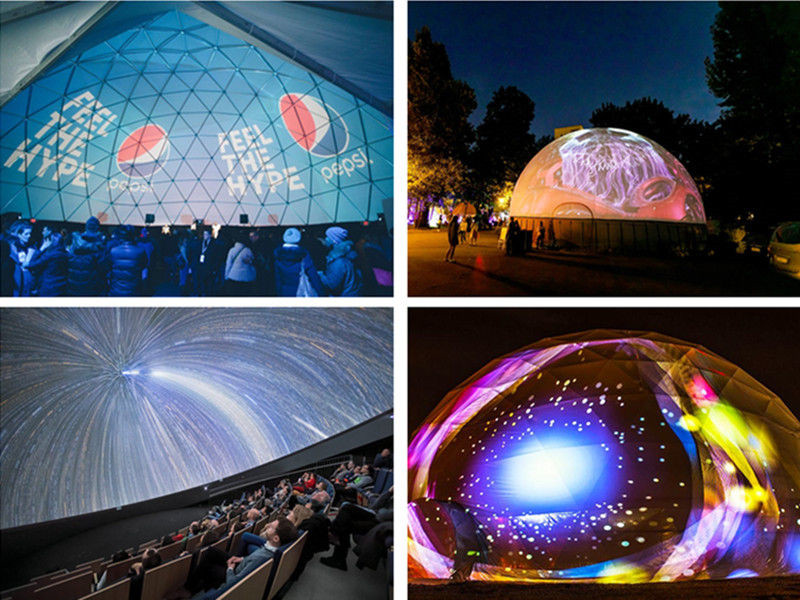 For the event, whether it is themed display or brand effect, the 3d dome projection has played a huge role. Through multiple projections and lighting equipment, a series of event themes Related to the wide-angle projection on the tarpaulin inside the tent, this cool ball screen projection effect provides an all-round enclosed space for the arriving guests. The flowing lights and pictures greatly enhance the modern sense of the event and make people deep impression.

Fulldome projection is a combination of spherical tent design and interior decoration. Using the advantages of its own curved surface design, various elements such as light, audio and video are fused and released. In order to improve the application value of the inflatable projection dome, and thus create a more flexible space, in the future, the internal projection mode of the dome tent will be better promoted and applied with the development of technology.

Next: Go Glamping to Bhutan to Learn the Philosophy of "Not Rush, Not Worried"